The political party everyone loves to hate, the British Nationalist Party (BNP) had its entire membership list published online.
According to the Times
"There was panic at the centre of the British National Party tonight after it emerged that its entire membership list had been published on the internet.The names, addresses and telephone numbers of more than 10,000 current and former members were published on a specially created web page.

Along with the names and personal details, the professions of many of the members have been made public including teachers, scientists, a government employee and at least one serving police officer.
One police woman on the list, whose entry included a note asking for discretion, faces potential dismissal since officers are proscribed from joining the right-wing political party."
For those who don't know about the BNP, it's a bit like the Ku Klux Klan without the lynching : - )

I for one am pleased that the membership of the BNP is now in the public domain, I guess a lot of people will be changing phone numbers and addresses, who knows this might actually kick start the moribund housing market.
The web page has now been removed but if you're curious like me, then pop over to Wikileaks and have a peek and yes i searched to find out if anyone on my street was a member : - )

http://www.justgiving.com/witchchildren
http://www.steppingstonesnigeria.org/contactus
The greatest tragedy facing Nigeria today is our indifference to the abuse of the most vulnerable members of our society - children. We can all play our part by supporting Stepping Stones Nigeria 'to carry out enlightenment and advocacy projects throughout the region, so that a long-term solution to the child 'witch' crisis may be found'.

The Evil that Preachers do

In some of the poorest parts of Nigeria, where evangelical religious fervour is combined with a belief in sorcery and black magic, many thousands of children are being blamed for catastrophes, death and famine - and branded witches by powerful pastors. These children are then abandoned, tortured, starved and murdered - all in the name of Jesus Christ.

Influential preachers from the more extreme churches brand the children witches or wizards and exploit their desperate parents by charging them exorbitant amounts of money in return for exorcising the spirits.
The film features extraordinary access to some of the preachers who openly discuss their work. One preacher who calls himself 'The Bishop,' says he has made a fortune by carrying out 'deliverances' on children. He admits having killed 110 people in the past. Dispatches films him as he administers a mixture of pure alcohol, a substance known as 'African mercury' and his own blood to one child accused of witchcraft. 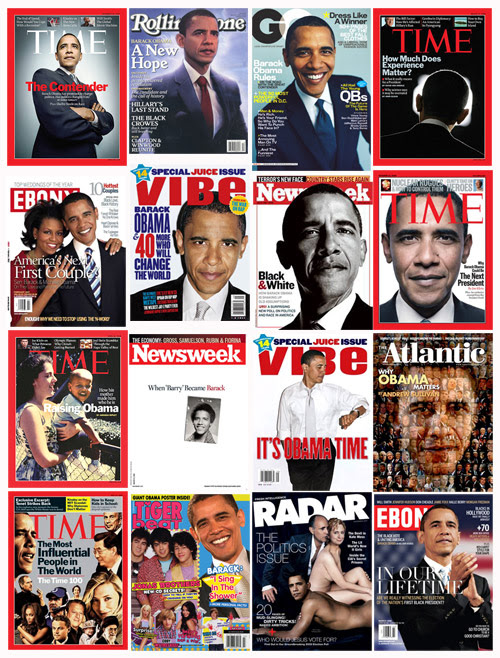 Ok that's it, my Obama moment has been bought back to reality, i thought it was a joke but then i saw the article, "Obama's election and the needed change, by Obasanjo"

Aaagh!!! do our leaders have no shame, it's bad enough that the president of Kenya declared a holiday for Obama for winning a free and fair election in America, an election which he could never have won as a Luo man in Kenya. It's not yet a year since Kibaki plunged his country into ethnic violence for refusing to step down after "losing" an election to another Luo man. The selective amnesia (or is it denial) of African leaders boggles the mind. No wonder the whole continent is trapped in a vortex of endless political violence and ethnic strife.

But i digress, According to Obasanjo,
"Obama represents an ability to move from realms of dream to reality. He represents Hope for the global minorities who are being or feel oppressed by the majority."
{SNIP}
"Part of his hopes and dreams is to facilitate the emergence of a post racial America. I believe embedded in that will be a pointer for divided countries to create the needed golden bridges across traditional divides and gaps of tribal bigotry, ethnic chauvinism, religious allegiance and other primordial considerations. It is a signal to us that we can gradually begin the movement towards an Africa that accepts everyone for what and who he or she is."
{SNIP}
"People should be seen, accepted, judged and placed for what they are and what God has endowed them with. Those who preach the sermon of superiority of Intelligence Quotient or simple intellect based on colour, race, tribe or language must start to review and indeed change their sermon."

So Obasanjo likes beta thing (as my peeps will say in pidgin), yet at no time in the many years he ruled Nigeria did he bring about the political renewal that our nation desperately needs. During his 8 year rule, he encouraged and promoted the likes of Adedibu and Chris Uba, people who were prepared to use violence and intimidation to "win" elections.

Obama's victory in America could be compared to the June 12 election when Nigerians of different ethnic and religious background voted for MKO Abiola in a free and fair election that has yet to be repeated in Naija. Obj was among the powerful minority that supported the annulment of that election, in the heat of the June 12 crises, he had gone to South Africa to announce that "Abiola is not the messiah we seek". I'm sure many Americans (especially of the redneck variety) will say Obama is not the messiah they seek, but he won the election and thats all that matters.

It's a shame that the irony of it all is lost on Obasanjo or whoever he employed to write this piece of garbage. I'm not a religious person, but i surely hope there's a God out there, that will strike the likes of Obasanjo, Kibaki, Mugabe and the other despotic African leaders that have denied their people political freedom and yet want to associate with the historical victory of Obama.

"Young, Gifted and Black, We must begin to tell our young, There's a world waiting for you, This is a quest that's just begun..."

Yesterday's historical event bought back memories of one of my father's favourite songs "Young, Gifted and Black". It was recorded by Bob & Marcia and reached number 5 in the UK charts in 1970. (The song was originally recorded by Nina Simone)

It's a song that has inspired me over the years and with Obama overcoming all the odds to become the US President, I feel this song captures the essence of this moment.

In the whole world you know
There are billion boys and girls
Who are young, gifted and black,
And that's a fact!

Young, gifted and black
We must begin to tell our young
There's a world waiting for you
This is a quest thats just begun

When you feel really low
Yeah, there's a great truth you should know
When youre young, gifted and black
Your souls intact

Young, gifted and black
How I long to know the truth
There are times when I look back
And I am haunted by my youth

Oh but my joy of today
Is that we can all be proud to say
To be young, gifted and black
Is where its at

There's a Black Family at 1600 Pennsylvania..

"No army can stop an idea whose time has come.” - Victor Hugo

People in the UK will understand what i mean, Lewis Hamilton became the youngest (and only black) Formula 1 champion in history yesterday, the one more to go is of course the US elections tomorrow, where if all goes according to the opinion polls, Barack Obama will become the next US president.

Now, i was very late to the Obama party, i never thought he stood a chance.. but hey, i'm now a believer and i apologise to my fellow blogger Omoluwabi OkeBadan for my cynical responses to his many posts on Obama (you were right all along, my Brother)

People sit back and enjoy the show, history is about to be made.